The company was organized in 1995 as a provider of on-demand and scheduled courier transportation services to businesses in Middle Tennessee.

We created a logistics line of business in 1999 with the addition of pharmaceutical deliveries for national third-party logistics companies.

In 2001, our name was changed to Crosstown Courier with the purchase of a company that provided on-demand and scheduled courier services around Nashville. Expedite transportation services were also added in 2001, expanding the company’s geographic coverage as a regional carrier. 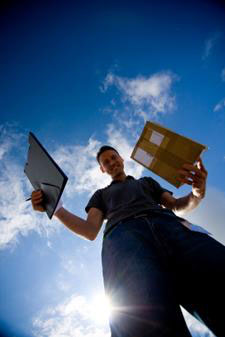 We launched operations in Chattanooga and Knoxville in 2005 to support growing pharmaceutical deliveries in Tennessee. Shortly thereafter Crosstown began handling freight deliveries for companies such as Office Depot, IKEA, and American Woodmark Cabinets across the Southeast.

In 2006, we added warehouse pick and pack operations to our mix of services. With this service, we maintain stock for customers in warehouses we manage.

We opened our Memphis operation in 2007 in response to a new contract awarded by a major customer. Also in 2007, Steve Seger was hired as president to oversee the company’s growing day-to-day operational requirements and major customer relationships. Steve came to Crosstown with a background in operations and financial management consulting.

Our Chattanooga and Knoxville operations expanded warehouse facilities in 2008, and courier, expedite, and/or warehouse distribution services were added to the existing logistics line of business in each city. Also in 2008, a full-time sales representative joined Chattanooga, another sales agent joined Knoxville, and Crosstown acquired two businesses: Premier Courier in Chattanooga, a provider of on-demand and scheduled courier services; and Dowers’ Delivery company, a provider of mattress delivery services in Knoxville.

Crosstown acquired Pyramid Logistic Group in May of 2010. This acquisition expanded the company’s courier and freight distribution capabilities in Memphis.

Added locations in Columbia, SC and Indianapolis, IN